작성자
ucware
작성일
2022-02-17 18:15
조회
1004
With some of the fastest internet speeds and one of the biggest tech-savvy populations in the world, South Korea is
at the forefront of the digital revolution. In 2021, the country topped Bloomberg’s Innovation Index thanks to intensive
investments in research and development and a much-lauded “top-down” innovation system that encourages
“close collaboration between government, industry, and the academic community.”

Despite its well-established reputation as a major technology hub, more than half of the country’s US$900 million
software-as-a-service (SaaS) market is dominated by global brands like Amazon, Microsoft, and Google.
But that’s set to change thanks to local firms that are determined to push the global expansion of South Korea’s SaaS startups.

Naver Cloud is one of them. The cloud services arm of South Korean tech giant Naver is working toward
accelerating its business globally and expanding into Southeast Asia with the opening of its new virtual private cloud
services and availability zones in Singapore in December 2021.

As part of this effort, it’s collaborating with South Korea’s Ministry of SMEs and Startups, the Korean Foundation for Cooperation
of Large and Small Business, Rural Affairs, as well as the Korea Software Industry Association, to develop local SaaS startups through
a program that’s targeted to bring these SMEs to Southeast Asia.

This initiative also serves to enable small and medium-sized SaaS startups to gain access to a whole suite of services from the
organizations’ wide network of corporate connections.

Here are some of the companies that are leveraging the program to expand their businesses.

For more than a decade, UCWare has been involved in what’s known as “unified communications,” which is essentially an approach that
integrates all kinds of communications technologies – from voice and video calls to instant messaging, emails, and file sharing.

The company’s chief executive, Park In Koo, says the platform was designed to be a “business version” of social messaging platforms and
that it would improve productivity and internal communications by empowering employees to connect across any platform or device. 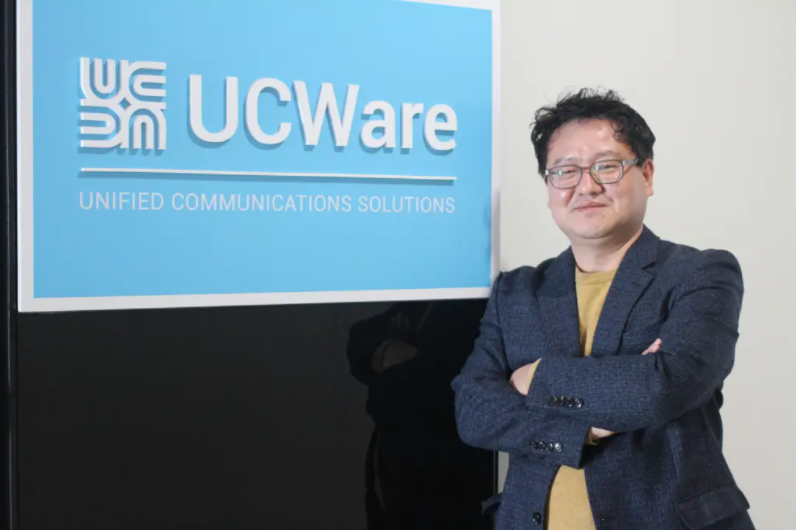 Since its establishment in 2007, UCWare has served over 1,000 organizations, spanning both public and private organizations,
and is used by more than 1 million daily users. Over time, the company has moved more and more of its services online,
now offering both on-premise and cloud-based solutions.

UCWare began working with Naver Cloud because of the latter’s brand reputation as the company behind the Line messaging platform,
as well as its resources and partner networks.

“With Naver Cloud’s technical consultation on security operation and management, we obtained a stable network service
– not to mention their marketing support in the global market,” Park says. “We were able to expand our global partnership through
Naver Cloud, which was something that would have been really difficult for us to do by ourselves.”

As a result of its partnership with Naver Cloud, UCWare’s plans for next year are shaping up well, Park says. As part of its goals,
the company aims to expand its opportunities in the Thai and Japanese markets and work toward claiming 5% of the global unified communications market.

High potential, high rewards
Looking ahead, all three startups express an immense amount of hope for South Korea’s SaaS startup scene. UCWare’s Park predicts
that the rapid growth of the SaaS industry will only continue, especially in communication and collaborative software
for the government and financial sectors.

“The potential for development is limitless,” says Salesinsight’s Ko, adding that the industry is set to transform as more SaaS versions are introduced.

For LemonHealthcare, it expects major growth for SaaS solutions in the mobile ecosystem, which would enable users to
access any service at any time, regardless of location. LemonHealthcare’s Lim says the expansion of cloud-based services will lead
to the rapid development of South Korea’s healthcare environment and make the case for the company’s particular patient-first approach as it expands in overseas markets.

The road ahead is certainly promising for South Korea’s SaaS startups, and more local companies will likely emerge onto the global stage in the years to come.

‘UCWARE Co., Ltd.' (hereinafter the ‘the company') values ​​customer's personal information and complies with the "Act on Promotion of Information and Communications Network Utilization and Information Protection, etc.".

Through the privacy policy, the company informs you about the purpose and method of using the personal information you provide and what measures are being taken to protect your personal information.
When the company revises the privacy policy, it shall be notified via "Notification" on the website (or individually notified).
This policy is effective from January 1, 2015.

01. Collection of Personal Information
The company collects the following personal information to provide the consulting and proceed with the Services request.
Collection items: Name, phone number(Telephone/mobile), company, division, and others that may be automatically created and collected when a user signs up for the Services or while the user uses the Services, or the company proceeds with the Services request.
- User’s browser types and OS, date of visit (IP Address, access hours), and cookies
Personal information is collected via the following methods; The user enters relevant information when making an inquiry through the website.

02. Purpose of Collecting and Using Personal Information
Personal information is used for following purposes;
Responding to inquiries made through the website and providing online newsletters.

Method of destruction is as follows:
Personal information stored in electronic file formats is to be deleted using technical means which make the information unrecoverable.

07. Rights of Users and Legal Representatives and How to Exercise
Users are entitled to withdraw or modify consent to collecting, using and providing personal information at any time. Contact our Chief Privacy Officer by phone, email or in writing for immediate action, in case a user requests for destruction, correction or other actions on personal information.

08. Installation, Operation and Rejection of an Automatic Personal Information Collection System
The company uses cookies which save and retrieve user information frequently in order to provide proper Services to website visitors.
A cookie is a small piece of information usually sent by the web server(HTTP) to the browser and stored in a user's computer hard disk.

Purpose of use
- Preventing from repeated notice pop-ups

Installation/Operation or Rejection of cookies
A user has an option to install cookies or not. With the option setting on a web browser, cookies may be allowed or rejected for saving for all times or confirmed every time to be saved.
How to enable cookie installation(For Internet Explorer) : Go to [Tools] > [Internet Option] > [Personal Information]

10. Other Personal Information Policies
You may contact our petition service team to report all issues related to personal information which may arise while using the Services. The company shall respond with speed and sufficient feedbacks to your needs.
To report or ask for consultation on intrusion of personal information, contact the following institutions:

11. Others
Please be informed that this Privacy Policy shall not be applied to the web pages which are linked to the Services provided by the company, for their collection of personal information.

12. Obligation of Notification
In case the current version of Privacy Policy needs to be added, deleted, or modified, it shall be notified via "Notification" on the website at least 7 days before revision.

Improving work efficiency through organic communication and system integration between Office of Education and its 700 schools.

Deployment of messenger with embedded auto replying chatbot as a communication tool between headquarters and branches and Teamshare as a tool to improve fellowship and create tasks.

No. of Users
35,000(Affiliates and overseas subsidiaries)

No. of Users
7,000 (Headquarters & Domestic and overseas branches)